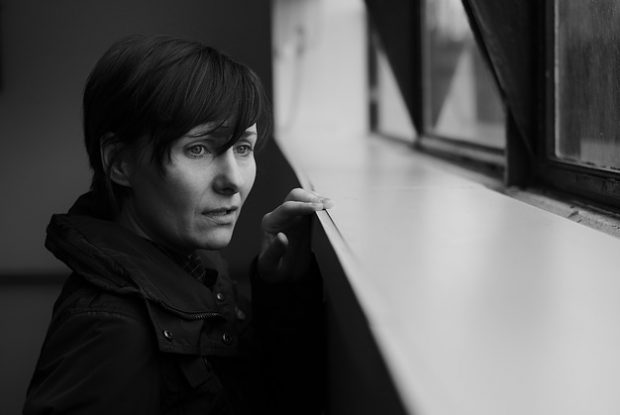 It’s estimated that around two thirds of people in the UK don’t have a valid will in place. As a nation, we’re renowned for shying away from talking about death and what we want to happen when we’re no longer here.

People work hard all their lives to buy property, build up pension pots and create a better future for their loved ones. The problem is that many of them don’t put a valid will in place to help make their wishes a reality after their death.

Many of those who have decided to put their wishes down in writing are completely unaware that their DIY wills are invalid.

Do It Yourself wills are available online from a wide range of companies. The popularity of these DIY kits is because they’re cheap and readily available. In other words, for as low as £10 in some cases, you can buy and print off a will template and fill it in from the comfort of your own home.

It all sounds remarkably easy doesn’t it?

Where do things go wrong?

There are lots of things that can and do go wrong with DIY wills. We’ll explain some of them below:

For a will to be legally valid in Scotland, it must be witnessed by at least one person over 16 who isn’t a named beneficiary in the will. In England, two witnesses over the age of 18 are needed. If your will isn’t validly witnessed it might be necessary for your beneficiaries to prove to a court that it was you that signed the will and that can be a costly and time-consuming process and the court may ultimately decide that they don’t have enough evidence that you did sign the will, leaving the will invalid.

People’s wishes can change after they’ve drawn up their original wills. This could be for a number of reasons such as one of the named beneficiaries passing away, or no longer speaking to someone who was due to benefit.

You can’t just score bits out of a will, change figures etc without having them witnessed. If this was the case, anyone who had access to your will could make amendments without your knowledge and stand to gain financially from it.

An ‘off-the-shelf’ will may suit some sets of very straight-forward circumstances but what happens when things such as divorces take place, you have more children to someone else or you put your house in a trust?

DIY wills are inflexible and can’t be tailored to suit you if your circumstances change dramatically. One size doesn’t fit all when it comes to will writing.

It’s not unheard of for people to draw up a DIY will and simply forget to sign it or not even knowing they had to. You could have it tucked away somewhere safe only for the will to be deemed invalid once you’ve passed away – potentially creating problems and additional costs for those left behind.

Even married couples with straightforward assets should really seek legal advice because if the will isn’t signed properly and it turns out to be invalid there could be adverse consequences for the surviving spouse and/or children.

Misspelling someone’s name in a will is an easy mistake to make but could have serious consequences. For example if you wanted to leave all your possessions to your friend James Thomson, but stated his name as Jim Thompson in your will, and you don’t provide an address for him, it might be difficult for your executor to know who the correct beneficiary is. This can result in extra cost for your estate while investigations are made into the correct beneficiary.

Many companies providing online wills are based in England, but it not always obvious to see that from their website. The laws relating to wills are different between Scotland and England and if the DIY will you use is an English version, it might not be valid in Scotland.

What are the consequences?

Many people simply don’t realise that by trying to save some money on the will writing process, they could be leaving themselves open to a whole range of disadvantages, including:

If your will turns out to be invalid, or parts of it are unclear or under the incorrect law, there will be a lot of extra legal work required to administer your estate. For example, you may have two children who end up arguing over what they feel they’re entitled to.There could also be much higher amounts of tax to pay if you haven’t had professional advice on the best way to distribute your assets after your death.

By getting a DIY will on the cheap you may think you’ve saved money on solicitor’s fees, but the reality is that the decision to write your own will could result in thousands of pounds from your estate not going to your stated beneficiaries.

When you pass away with an invalid DIY will in place, there could be lengthy delays in the amount of time it takes for your estate to be wound up and gaining grant of confirmation (known as probate in England & Wales). This could cause considerable hardship for the intended beneficiaries you’ve left behind.

If your DIY will is invalid, your family members may be left having to find a solicitor to sort out all your assets and who they should go to. Unfortunately, many people have found themselves in this position while at the same time dealing with their grief.

If your will turns out to be invalid, it could result in your estate being intestate. Intestacy means when someone passes away without a valid will in place. There are a number of rights which apply in cases of intestacy, including what are known as prior rights and legal rights.

An example of prior rights is the surviving spouse or civil partner being entitled to the dwelling house of the deceased in which they resided at the time of the deceased’s death. It would also include up to £24,000 worth of furnishings and furniture contained within the home.

Many people wrongly assume that that everything in their estate will automatically go to their partner, spouse or children when they die, so they don’t need to bother having a will written. There are many circumstances where relatives could feel aggrieved because the rules of intestacy result in them not receiving what they thought they were entitled to.

The last thing you want to do is upset your grieving family any more by having to go through more anguish when your estate’s being wound up.

Read more about intestacy from the Scottish Government.

If you already have a DIY will in place and are concerned that there might be issues with it, bring it to us to check over and get professional legal advice on its validity.

We also have a fixed fee will writing and power of attorney service you may be interested in.

If you are going to be one of minority in the UK who realises just how important a will is and puts one in place, it makes sense to do it properly. Trying to cut corners with such an important legal document doesn’t make sense and as we’ve already explained, could have severe consequences for those left behind including:

When you’ve worked hard all your life to accumulate assets, having a valid and professionally written will in place will give you the peace of mind that certain people will benefit the way you’d like them to after your death.

Get in touch with me using the details below and get peace of mind when it comes to writing your will.