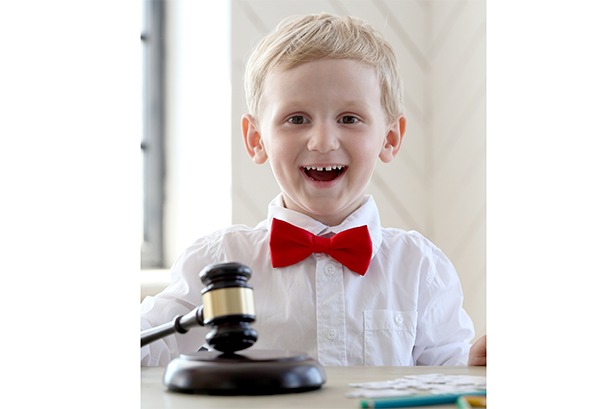 The School Mock Court Case Project is a registered charity in Scotland, founded by Gerald Murphy of Chamberlain McBain Solicitors. The Juniors Project (primary 6 & 7) it now entering its ninth year. The project not only gives pupils an insight into the legal profession, it also helps them learn a wide variety of skills.  The pupils are given a legal case, which has legal issues to explore, but also uses their skills in maths, English, debating and even art and design.

An exciting new programme was recently announced by the Project for the next academic year. Following a recent meeting among Education Scotland, the Lord Justice Clerk, Lady Dorrian and the Lord President, Lord Carolway, a decision was made to expand the Mock Court Project. It will cover the whole of the South of Scotland in the next academic year expanding to six regions; Lothians, Falkirk, Glasgow, Ayrshire, Central and Tayside/Fife. This is a very exciting and positive development for the Project as it will allow more schools to become involved, with many more pupils being able to experience the benefits of the Project.

I have volunteered as a tutor on the Project for the past two academic years and I cannot recommend the project highly enough (whether that be for tutors, pupils or teachers!). It is extremely rewarding having the opportunity to go into primary schools and pass on some of my legal experience to pupils. Initially I found it quite daunting being faced with 20-30 eager faced children wanting to know the answers to all their questions about the case (or sometimes just wanting to know how much I get paid and how many cases I have won!), but I developed a great relationship with the pupils and was extremely proud of how well they did in the end.

When you act as a tutor on the Project, you are assigned a primary school to assist with either the Pursuer or Defender’s team, and you then have three visits to the school to help the pupils prepare their case. The first visit usually involves some time with the children asking questions about my job as a lawyer, the courts and different cases, and then introducing them to the case they will be dealing with.  The purpose of the second visit is to spend time reviewing their initial writ or defences and help the pupils start to think about how to conduct the case in court, who the witnesses will be and what each child’s role is. The last visit is to help the pupils polish up their presentation of the case and rehearse the court hearing.

After the visits to the classroom there is then the opportunity to go along and watch your class conduct their case in a real courtroom before a real Sheriff. The imagination of the children is really impressive; one of the classes I helped with created their own CCTV footage as part of their evidence to play in the courtroom. The children also dress up for their day in court; either as lawyers or witnesses and the creativity the children show is fantastic.

The most rewarding part of the project, in my opinion, is seeing the difference in the children from the first classroom visit to the hearing in the court. There are often children who appear very shy or sometimes not fully engaged the project, but by the second visit you can really see how much they have grown in confidence and taken an interest in the Project. I was particularly impressed by the children acting as solicitors at Leith Walk Primary School, who I tutored this year (and who won the project!), as they made very competent objections to their opponent’s questions (“OBJECTION there is nothing in the Record for that question”!). Some budding lawyers of the future perhaps!

I am already looking forward to signing up again as a tutor for the next academic year and would encourage other solicitors to do likewise, especially now the Project is expanding.

More information about the Project can be found here