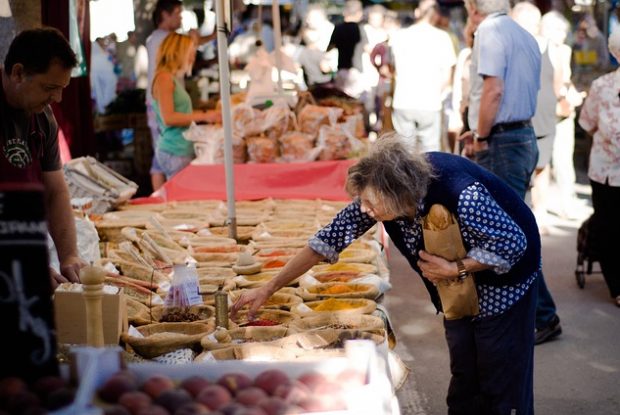 Introduction to powers of attorney

Before we go on to discuss powers of attorney in more detail in relation to dementia, we’ll start with a definition:

“A power of attorney is essentially the power to manage someone else’s affairs because that person is incapable of acting on their own behalf”.

When would someone need a power of attorney?

As mentioned above, a power of attorney can be used when someone is incapable of making important decisions about their affairs for themselves. The reasons for this may include:

It’s not always possible for someone to grant a power of attorney. For example, a person with severe dementia may be deemed incapable of deciding who’s best placed to take decisions on their behalf. We’ll look at this in more detail later in the article.

There are three main kinds of power of attorney as outlined below:

A continuing power of attorney is used for dealing with an individual’s money and/or property. It can take effect as soon as it’s registered or be used at a later date in the event of your incapacity. A continuing power of attorney can therefore be used while an individual is still capable of dealing with their own finances and property, but for practical reasons would prefer to have their attorney dealing, perhaps due to old age or because they are out of the country for an extended period of time.

A combined power of attorney is made of up continuing and welfare attorney powers.
It’s important that individuals get the right type of power of attorney for their circumstances. We can guide you through your options during an initial meeting so you can make an informed decision.

Who can act as your attorney?

The answer to the question of who can act as an attorney is different depending on the type being granted. For example, for a continuing power of attorney, an individual over the age of 16 or an organisation, e.g. a firm of solicitors, can be appointed.

In the case of a welfare power of attorney, only individuals may be appointed.

A person can appoint as many attorneys as they wish, being either joint or substitute attorneys. The person can choose whether the joint attorneys always have to act together, or can sometimes act alone. It’s best to seek advice from a law firm based on your individual circumstances before deciding how many attorneys to appoint, who to consider and which powers to grant them.

It’s important to note that the person/organisation you nominate to be an attorney must sign a legal document to say they’re willing and able to do so.

More about POAs and dementia

Dementia is a word used to describe a group of symptoms including memory loss, confusion, mood changes and difficulty with day-to-day tasks. There are many causes of dementia, with Alzheimer’s disease the most common.*

A power of attorney is a very useful tool for someone suffering from dementia, as it helps ensure their finances and welfare affairs can be looked after for them when they become unable to do that for themselves. It takes away some of the uncertainty about what is going to happen to them when their condition progresses.

The first thing we consider when we are looking at a power of attorney for someone with dementia is whether they have the capacity to grant it. We never assume that, just because they are suffering from dementia, they don’t have capacity – this is something we would carefully consider in each case and may seek the opinion of a doctor to assist.

What is an incapacity statement?

Some Continuing powers of attorney may also state that they can only be used in the event of incapacity and a medical statement would therefore be necessary in that case. The following definitions from the Office of the Public Guardian (Scotland) outline what is meant when someone is ‘incapable’.

A person is “incapable” if they are incapable of:

If you’re in any doubt as to what is meant by these definitions, we can talk you through them in a clear and easy to understand manner.

What happens if it’s too late to apply for a power of attorney?

If the person does not have capacity to nominate a power of attorney, then the next step would be for their family/friends to consider applying for a guardianship order for them. This is a court appointed order.

Guardianship orders are generally best suited to situations when decisions need to be taken on behalf of someone on an ongoing basis. A full guardianship order may not be required in every case. There are other options such as an intervention order or an access to funds order that can be considered.

If the adult with dementia puts a power of attorney in place while they still have capacity, it means they are deciding who they want to assist with their affairs and what powers they want to grant them, rather than a court. They should therefore look into this sooner rather than later. If you have a family history of dementia, you should think about putting a power of attorney in place as soon as you can.

We have many years’ experience in dealing with dementia and powers of attorney. We understand how upsetting it can be for everyone concerned when the time comes to think about appointing someone to look after affairs due to incapacity.

We see our role as making the legal process for powers of attorney as simple and straightforward as possible. Whether you’re planning ahead for the future, need a power of attorney set up quickly, or need to apply for a guardianship order for a family member or friend with incapacity, we can guide you as to what’s best for your circumstances.

Lindsay Maclean and Fiona Rasmusen recently represented Gibson Kerr at a Ladies Lunch organised by Alzheimer Scotland where £9019 was raised for the charity.

Additionally, following on from the lunch all members of our staff have become dementia friends. Being a dementia friend is about understanding a bit more about dementia and the small things you can do to help people with the condition.

Appointing a power of attorney may seem like a daunting experience if you haven’t done it before. We can take the worry out of the process by talking you through it in a clear and easy to understand way.
Below is a short overview of some of the key points we’ve covered in this article:

Disclaimer: The contents of this article cover Scots Law and are for information purposes only. This article does not constitute legal advice.