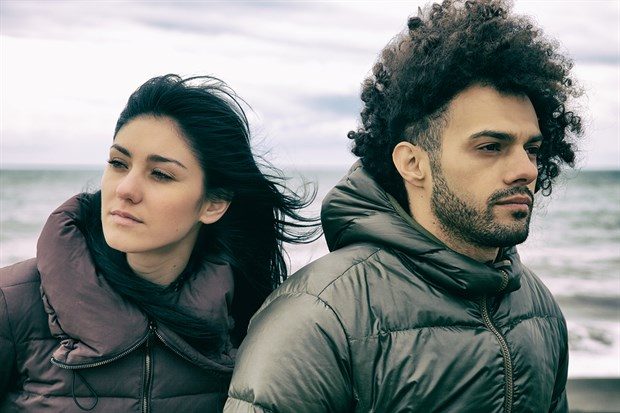 There are many myths and misconceptions surrounding divorce in Scotland

Many people don’t know the facts about getting divorced and this can cause problems when trying to go through the process.

At present, there is only one ground for divorce here in Scotland, and that is irretrievable breakdown of the marriage. This can be proved in one of the following ways:

In the rest of this article we’ll look at some of the typical things that may be classed as unreasonable behaviour in a marriage and be accepted as grounds to file for divorce.

Mental cruelty within a marriage can be deemed as grounds for divorce under unreasonable behaviour. For example, this could include persistent verbal abuse. This doesn’t have to be shouting or screaming, it could be remarks that make the other person feel worthless, insecure or frightened.

When a marriage turns abusive, it stops becoming the loving union it’s supposed to be. Unfortunately, mental cruelty is a fairly common unreasonable behaviour.

Physical cruelty is not only a basis for divorce, but it’s also a criminal act. Physical violence towards a spouse is an all-too-common unreasonable behaviour responsible for the breakdown of marriages in Scotland.

Many cases of domestic abuse are subtle and go on for many years before the partner on the receiving end can’t take it anymore.

Unfortunately, physical violence within a marriage is something than many women and men in Scotland are faced with on a daily basis – often too frightened to leave their spouse or report the problem to the police for fear of reprisals.

Controlling behaviour can be a more subtle form of mental cruelty. This could comprise not letting a partner see his/her friends, speak to the neighbours or leave the house after a certain time of night.

The problem with controlling behaviour is that it becomes like an addiction for the perpetrator and once they’ve started, it becomes very difficult to stop.

Controlling behaviour can also take the form of one partner being in charge of the marital finances to an unreasonable degree against the other’s wishes. This could be the husband/wife not having access to his/her salary after it’s been paid into the bank despite having a want and need to use it.

Being married to someone with a drug or alcohol addiction can be incredibly difficult. For example, erratic behaviour such as staying out for days at a time, stealing to fund their addiction, and spending the family income on their habit can all be tough to live with over an extended period of time.

It’s particularly hard for the other spouse if there are children involved and the person with the addiction is unwilling to seek any professional help to deal with and overcome their problems.

A gambling addiction, like substance abuse, can have a detrimental impact on a marriage. For instance, a husband may mount up credit card debts of tens of thousands of pounds without telling his wife that he’s even got them.

A gambling addiction will often take a long time to detect and in many cases, the husband or wife is left feeling shocked and betrayed when the full extent of the financial impact is revealed. In many cases, this prompts the affected partner to file for divorce based on unreasonable behaviour.

Unreasonable behaviour doesn’t always take the form of negative action or addiction. It can also be that after years of marriage where one partner offers no help or assistance (with raising children for example) that the affected spouse can’t deal with it any longer.

A marriage is supposed to be a partnership and if one party is failing to do their share or any of the work that’s needed to maintain a home, this can clearly upset the other person in the marriage.

Many married couples are together in name only. They may live under the same roof but one of them may be distant emotionally for whatever reason.

If a husband or wife feels they aren’t getting the level of support they need, why should they have to stay in the marriage?

Other grounds for divorce

The areas listed above are just some of the most common unreasonable behaviours cited in divorce cases.

As we mentioned earlier, there are also other things which can cause the irretrievable breakdown of a marriage:

One year separation if both parties agree to the divorce

In these cases, separation can comprise physically living apart for one year (it doesn’t have to be 12 months continuously) or living under the same roof but leading separate lives (for financial reasons for example).

Two years’ separation if only one party wants the divorce

If one party wants to divorce and the other doesn’t feel the same way, then a two year separation is required before the divorce can proceed.

At the time of writing, in Scots Law, adultery can only take place between people of the opposite sex. Now that same-sex marriages have been made legal in Scotland, there’s a strong argument for the law to be changed.

As things stand, if a man and woman are married and the man has an affair with another man, that is not legally classed as adultery.

Equally, if one of a married female couple cheats on their partner with another woman, that isn’t adultery either the way things stand.

The two scenarios mentioned above would come under ‘unreasonable behaviour’.

Here’s a quick summary of the main points:

Hopefully this article has cleared up what constitutes unreasonable behaviour in a marriage.

If you have any questions on anything in this article, or would like to find out more about how to file for a divorce, please get in touch with Fiona using the details below.