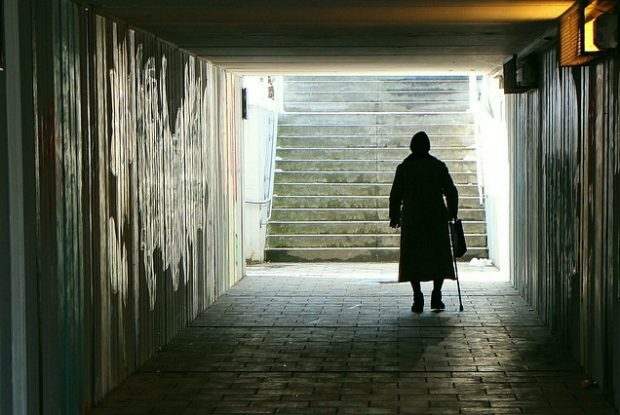 When you hear of people divorcing, the couples involved tend to be young or middle-aged rather than in the over 65 bracket.

Despite the rise in the divorce rate in this age group, it’s worth noting that even if it kept growing at the current rate until 2037, divorces in the over 65s would still only account for 1 in 10 of all cases.

So while the number of divorces among older people isn’t exactly at epidemic levels, it’s worth taking a look at the reasons why this may be happening and the implications for those who do get divorced later in life.

Reasons why more over 65s are divorcing

The ONS report suggested that one determining factor for the rise was that people in the UK are on average living longer. With this in mind, many people may find the prospect of another 20+ years with their current partner unappealing.

With the average life expectancy rising all the time because of medical advances and healthier lifestyles, people are realising that being 65 is no longer considered old and they can still enjoy many years doing the things they love.

It’s no secret that many couples stayed together in the past during their latter years because of financial considerations. For example, if the wife had spent years away from the workplace bringing up children and/or taking care of the family home, she may have only been entitled to a small state pension.

With more women returning to work after having children, they are more likely to have built up a long working history and pension income than ever before. The reality of this could be that rather than thinking “how am I going to survive on half of my husband’s pension income after divorce?” that their financial independence means they are more confident about seeking a divorce if they’re unhappy in the relationship.

Another possible reason for the rise in the divorce rate among over 65s is that people are marrying later in life than before in the UK.

The average British marriage which ends in divorce lasts for 11 years and 6 months.* The fact people are getting married older than ever before is having an effect on divorce rates in the over 65s.

Divorcing in later life can have a bigger impact than splitting from your spouse at a younger age.
According to the International Longevity Centre UK, divorcing in later years is likely to have ‘negative health and money repercussions’ alongside isolation and a reliance on help from others.

Below we’ll take a look at each of these in turn:

Obviously the impact a divorce can have on someone’s health can vary greatly case by case. For example though, if an elderly couple are fighting an acrimonious divorce through the courts, it could have a stressful impact and exacerbate any underlying health conditions, especially if it goes on for an extended period of time.

Again, the personal circumstances of a couple getting divorced past the age of 65 will vary greatly. Not everyone will own their property or have a nice big pension pot to provide a steady retirement income.
The reality for many pensioners in the UK is one of living in poverty or scraping by just to have enough for basic food and heating.

Depending on the individual circumstances, a husband and wife could end up being much worse off financially and facing having to go back to work to earn a living after divorce.

In many divorce cases, friends and family take sides and won’t speak to who they believe to be the party responsible for the divorce e.g. in cases of adultery.

Isolation is a major problem for thousands of pensioners in the UK. After a divorce, these feelings can be particularly prevalent when previous relationships and friendships may fade away or turn sour.

When a couple over 65 go through a divorce, the consequences in terms of care may be immediate or further down the line. In a case where a couple has no immediate family nearby, one of them could face not just financial hardship, but also problems when it comes to taking care of themselves.

The provision of this care could be further complicated if any assets such as the family home have been sold off as part of the divorce settlement.

Divorce can have a negative impact on a person’s confidence and self-esteem, particularly in cases involving adultery by their spouse. When something like this happens in later life, it can affect an individual more than it would if they had gone through the same experience in their 20s, 30s or 40s.

In cases where a couple have been together for decades, the thought of starting a while new life at 70 years of age for example, can seem a particularly daunting prospect.

If one spouse dies, the divorce action dies with the spouse and so any claims the other spouse might have had in the context of the divorce action are lost. It might be possible for them still to claim widow’s benefit on a pension or life policy but sometimes these assets are held in trust and the spouse might have nominated a different beneficiary.

One spouse could be left significantly prejudiced in the event of the other dying and of course there’s no way of knowing when this might happen. As people get older, there is an increased likelihood of illness or death.

Divorce is never a pleasant experience at any time of life. The rise in the rate of divorce in the over 65s will come as a shock to many. The reasons for this increase include:

The consequences of getting divorced later in life can be far-reaching, depending on the individual circumstances.

Irrespective of your age, divorce is an emotional and trying time. Contrary to popular belief, you don’t have to go to court if you can sort out the terms of your settlement amicably.

There are many different options when it comes to divorcing in Scotland. It’s also worthwhile noting that Scots Law on divorce differs from that in England and Wales.