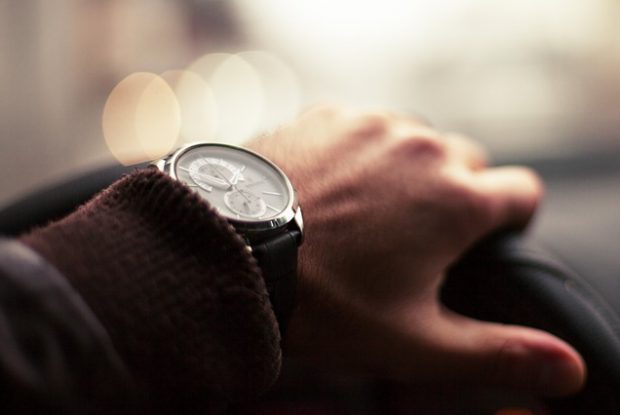 The Law Commission recently announced some proposed changes to divorce laws in England and Wales which would see punishments imposed on husbands who didn’t make the agreed payments after a divorce settlement.

It’s estimated that three quarters of the 90,000 family financial orders made by the courts each year involve divorce cases. What happens though when the conditions of these orders aren’t met? In the majority of cases, it’s men who aren’t paying what the court has ordered them to. This has resulted in the proposals for a range of punishments to be available.

What punishments are being proposed and why?

It must be stressed at this stage, these are just proposals put forward for changes to the law in England & Wales only. There is a long way to go before these become enforceable (if they ever do).

It’s reported that driving bans of up to a year could be imposed on husbands who don’t pay their dues, although this would have to not interfere with the person’s ability to get to work and earn a living.

A ban of foreign travel is another punishment being mooted and it’s easy to understand why. In legitimate cases where a husband is refusing to comply with the financial terms of his divorce, it’s clearly not fair on the other party if they’re then spending money on holidays abroad.

Court-imposed curfews have also been put forward which could see men having to stay at home for up to 12 hours per day and be electronically tagged.

These measures are being recommended because there are so many ex-husbands failing to comply with their family financial orders either in part or in full. While many may argue that the terms are unfair, there’s no denying the courts take a dim view of non-compliance.

As well as the legal ramifications, there are of course moral responsibilities at play. Depending on the circumstances, the ex-wife may be left having to raise a family on her own with a vastly reduced income. In situations such as these, the state may have to pay out benefits to someone whose ex-spouse has the financial means but not the will to pay what they’ve been ordered to.

It is hoped that if these proposed measures come into force, they will act as a deterrent in many cases rather than having to be imposed. It may prove difficult to enforce a driving ban in particular as there would need to be some way of monitoring it.

At present, if an ex-husband decided not to pay up, the onus is on the woman to try to get him to pay and/or prove that he’s able to meet his financial obligations as decided by the court.

The problem that arises is that sometimes if a man will not pay what he is ordered to by the court it is difficult for the woman to force him to pay. He may be self employed so it is difficult to establish what he is earning. He may hide any assets he has. He may ‘disappear’ and she might not know where he is. She has to spend money on lawyers, court fees, High Court Enforcement Officers etc to try to enforce a court order. She may have no guarantee of success so for her it may look like ‘good money after bad’ and sometimes women will just give up due to the hassle and expense.

The main option open to the courts at the moment in term of punishment is imprisonment. However, gathering the necessary proof to progress with a criminal case in divorces is difficult and the punishment would mean the ex-husband would not be able to earn a living during that time, which would only make matters worse.

What other risks are there?

The way things work in divorce cases in England & Wales at the moment, there is often an ongoing commitment on the ex-husband to keep paying. Putting aside an unwillingness to pay for a moment, this way of dealing with divorce may cause the woman problems, if for example the man ends up being declared bankrupt or passes away.

How are things different in Scotland?

Under Scots Law, more often than not, a ‘clean break’ principle is applied in divorce cases. This typically means that there is no ongoing obligation so there would be no settlement or court order to enforce, and therefore no range of punishments would be necessary such as those outlined above.

The whole settlement is often taken care of in one payment at the time of divorce and both parties can go about their own lives without having to worry about any ongoing financial demands and whether they can trust their ex to keep their end of the agreement.

Are the proposed changes in England & Wales the right thing to do?

There are clearly pros and cons of the system down south and in Scotland, but it could be argued that these proposed changes have arisen as a result of England and Wales not having a ‘clean break’ principle.

Is it fair that a man should be responsible for the financial upkeep on his ex-wife (and any children) on an ongoing basis or should he be allowed to pay a fair amount as a one-off and move on with his life unburdened? Again, there is no perfect answer to this question and a lot depends on who you ask as to what answer you’ll get back.

Where matters can get complicated is when a couple have residences north and south of the border and it’s sometimes a race to see who files for divorce first in their preferred jurisdiction.

We’ll finish off by taking a look at the main points on the proposals by the Law Commission to impose punishments on men who don’t pay what they’re supposed to after a divorce:

There are many aspects to divorce law north and south of the border which is why it’s important to get professional legal advice tailored to your individual circumstances.

We will advise on what’s best for you, what to expect and explain the legal process for divorce in clear, easy to understand terms.

Disclaimer: The contents of this article are for information purposes only. This article does not constitute legal advice.