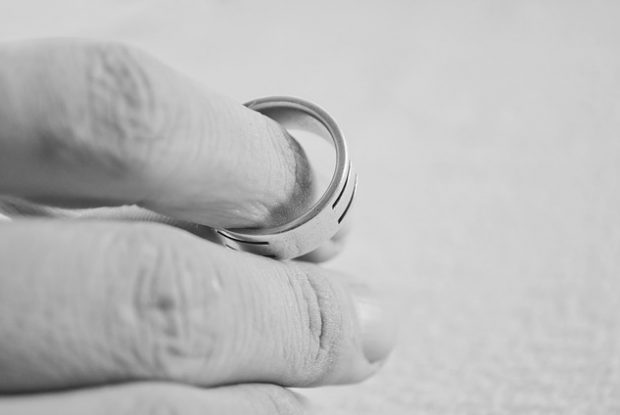 What are the differences between Scots Law and the law in England and Wales?

Below we’ll look at a recent divorce case from England and how it highlights the differences between divorce law north and south of the border.

Kathleen Wyatt and Dale Vince married in 1981 and were divorced 11 years later in 1992. Almost 20 years later, in 2011, Ms Wyatt took legal action against her ex-husband who had gone on to become a successful businessman, OBE and millionaire since the split.

Despite the couple not being together for over 20 years, Ms Wyatt’s ‘financial remedy’ claim is based on having “raised their son through 16 years of real hardship”. Mr Vince’s position is that the claim is being made too late. However, the ruling made by five Supreme Court justices was that the case should be heard by the family court. Lord Wilson stated though that Ms Wyatt’s claim for £1.9 million from Mr Vince was “out of the question”.

When is a divorce not a divorce?

This case could have far-reaching ramifications for divorced couples throughout England. At this stage it’s important to mention that this case has no relevance in Scots Law and the ruling by the Supreme Court doesn’t apply north of the border.

If successful in her claim, Ms Wyatt’s case could ‘open up the floodgates’ for divorcees to pursue their ex-husband or ex-wife for financial compensation irrespective of how many years have passed since they became divorced in the eyes of the law.

In the case of Mr Vince, his personal wealth is thought to be over £100 million, but that of course is no reason to find him liable. In cases where one person has gone on to be even modestly more successful in financial terms than their ex-spouse, a successful claim against them could have a much bigger impact on their living standards.

Why this divorce case could set a dangerous legal precedent

In this particular case, over 20 years had elapsed from the time of the divorce to the claim being made by Ms Wyatt. In other areas of law, there are strict time limits on how long an individual has to lodge their claim.

In the space of over two decades, there are many things which could be considered unreliable such as:

As the law currently stands south of the border, there is no specified time limit on making post-divorce financial claims. It is hoped by many that as a result of Wyatt Vs Vince, there will be a clear figure recommended for claims to be submitted and this time limit will brought into law as soon as possible.

What can individuals in England do to protect themselves against future financial remedy claims?

It’s advisable for anyone going through a divorce in England or Wales to get an order from the court at the time which clearly states neither party is able to make further financial claims.

Nobody has a crystal ball that can see into the future, so it makes sense to put an agreement in place when the divorce is going through to protect against claims five, ten or even over twenty years down the line, as in this particular case.

In Scotland, more emphasis is put on the ‘clean break’ between the two parties so they can reach an agreement and get on with their new lives without fear of further actions months or years later.

A case such as this wouldn’t be entertained by a Scottish Court. If the claim is being made on the basis of lack of support for a child, the court would expect that the parent with care would address this as the child was growing up, not once the child is an adult. Also, child support is now largely dealt with by the Child Maintenance Service and not the courts.

More about the great tartan divide

In general terms, when a couple in Scotland choose to separate and then later divorce, all the matrimonial assets accrued from the date of marriage to the official separation date are divided up and a ‘clean break’ is made.

The law in England & Wales is more complicated. The assets of a couple prior to marriage and beyond separation (until divorce) are taken into account. The courts will also look at projected future earnings before arriving at a final settlement. In many cases, the courts in England and Wales will arrive at a more generous settlement for ex-wives in divorce cases than perhaps would happen in Scotland.

If you’re thinking of getting separated or divorced, it’s critically important to speak to a lawyer as soon as possible. Depending on your circumstances and place(s) of residence, you may be able to file for divorce in Scotland or England/Wales. From the information we’ve stated above, the choice of country could have a big bearing on the final amount of any divorce settlement you receive.

In a separate case (Wright v Wright), Mr. Wright went to court to seek a reduction in the money payable to his ex-wife, claiming that it wasn’t fair as she was of working age and had made no effort to seek employment to provide herself with a separate income. Mr Wright had raised the action because he was concerned about his ability to keep making the agreed payments when he retired from his job and had a drastically reduced income. The outcome of the case was Lord Justice Pitchford ruling that divorcees with children over the age of seven should work for a living if they were capable of doing so.

There are many differences between Scots Law and that in England and Wales when it comes to getting divorced. Here’s a quick look at these points which have been discussed at more length above:

If you’re thinking of a divorce or separation, it’s important you seek the advice of a lawyer as soon as possible who can talk you through your options. Depending on where you and your spouse live, you may be able to raise an action in either the English or Scottish Courts. It’s therefore important to act quickly and get reliable advice based on your individual circumstances.

If you need any divorce advice tailored to your own situation or are concerned about how anything mentioned in this article may affect you and your future finances, please get in touch with Fiona Rasmusen below.

Disclaimer: The contents of this article are for information purposes only and do not constitute legal advice.

UPDATE MAY 2015: Mr Vince won his appeal against his former wife – read more about this divorce case

Our opinion is that common sense has prevailed. It is unreasonable for people who have divorced many years before to still be living under threat of litigation from their former spouse. People need to be able to move on with their lives and this decision will give people confidence that they can do that.