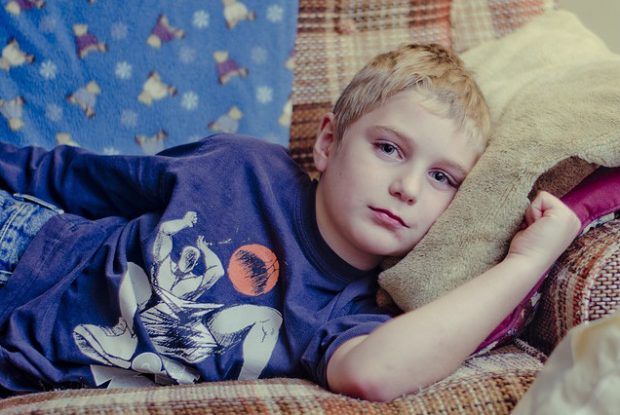 Going through a divorce can be a tough time for all concerned, especially when there are children involved. One of the most contentious parts of these divorces is who they’ll stay with once their parents are no longer living together.

For example, the parents might have their own ideas about where the children should live full-time. If the kids are older, they may be vocal about their own preferences about who they want to stay with.

In many divorce cases, the issue of where the children will stay is settled amicably between the spouses and the children themselves.

Unfortunately, in cases where an agreement can’t be reached, the courts have to get involved to make a decision.

Below we’ll take a quick look at some studies and the potential impact on different scenarios affecting children after their parents get divorced.

Children who live with just one parent after divorce

A study in Sweden found that children who live with only one parent after divorce suffer from more symptoms such as tension, headaches and upset stomachs than kids who spend time living with each parent in a joint custody arrangement.

The study was carried out with 150,000 children in Sweden aged between 12 and 15, so it was a comprehensive exercise.

Children who live with both parents after divorce

The same research showed that children living in joint custody arrangements had fewer psychosomatic issues than those who lived in a one parent custody environment.

When children stay in the family home with both parents

Various studies have found, unsurprisingly, that children who stay in a ‘nuclear’ family situation with both parents in a settled family suffer the fewest emotional and physical health problems.

What the courts will consider

It should be noted that if arrangements for children are being decided by a court, the court will take all the circumstances of the children’s lives into account including:

This is obviously an important aspect in any decision. For example, if one parent is going to remain in the family home and another is going to move into a much smaller house or flat, this could play a part in their ruling.

The impact of changing schools especially as children get older will also be a determining factor. For example if important exams are coming up, moving a child from Scotland to England could play havoc with their education and cause a lot of additional upset and stress.

When the children involved are of school age, then clearly this is another important thing to consider. The practicalities of getting to and from school will be taken into account. So for example, if one parent ends up moving 30 miles away from the previous family home and the children want to stay at the same school with their friends, it may not be workable.

The emotional stability of any children involved in a divorce case will also be a factor for the courts to look at. If children are at an age where they’ve formed strong friendships and are socially active, this will have some level of influence on the court’s decision.

If the children have string family ties in the area where the family home is located, the court will look at this as a factor. They may feel that in conjunction with any other circumstances, having the child missing out on regular contact with cousins, aunt and uncles for example would be detrimental.

Divorce cases are extremely emotional for everyone involved. If the children caught up in the middle are teenagers for example, they may have very strong opinions about who they’d like to live with. It could be one parent or having their time equally split between both.

Depending on the circumstances of the divorce, there may be other important areas of the children’s lives deemed important by the court. This could include a situation where one of the children is close to 16 years old and has plans to move into their own home or get a place with a friend when they turn 16.

The court’s paramount consideration is always the best interests of the children.

Our experience of shared care arrangements

In our experience, we have many clients now who want to operate a shared care arrangement and they do it in all sorts of different ways.

One option in joint custody arrangements is for the child to stay with the parents in alternate weeks (providing this is convenient for their schooling). This gives the children a longer period of time in each home, rather than having to move frequently between the two in the space of just one week.

However if there is goodwill on all sides then it appears that these arrangements can be beneficial for children. Also if there is a strict routine in place the children will become familiar with it and will be able to operate it. However for older children it may be that a more flexible arrangement is more likely to work so that these children can more or less come and go as they please.

Another arrangement which can work well in some cases is one parent having the child/children during the week and staying with the other one at weekends. This helps to instil a good sense of routine and can also work well where one parent has moved away from the child’s school for example.

Weekend custody arrangements can also be beneficial if one partner works long hours during the week doing shifts and is only really available on a Saturday and Sunday. Depending on the circumstances, this option can suit all parties concerned very well.

In some divorce cases, ad-hoc arrangements for joint custody may be put in place. However, these tend to work better with older children better where establishing a routine is not so important. As long as all parties are in agreement, more flexible living arrangements can work out fine.

It’s best all round if an agreement can be reached between the parents for joint custody of the children after a divorce. The specifics of this will vary from case to case, but sitting down and working out the details is preferable to having the court decide what should happen.

Here’s a quick recap of the main points from the article:

Going through a divorce is an upsetting time for all involved. Where there are children involved, it’s best to resolve things amicably and try to put a joint custody agreement in place where possible.

Get in touch if you need any legal advice on child custody after a divorce.

Fill in our form