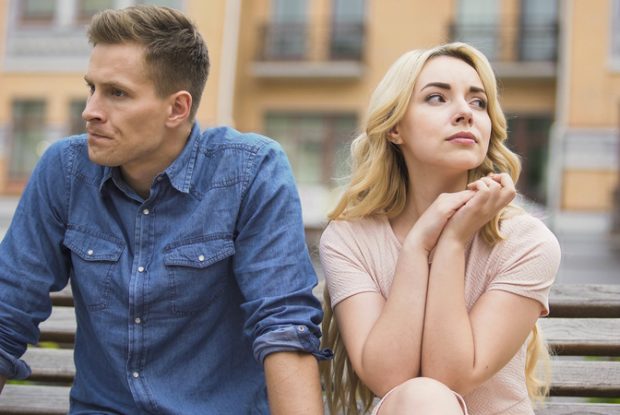 The recent case in England of Owens v Owens has thrown into sharp focus the difference in divorce law between England and Scotland. Mrs Tini Owens, age 68, raised divorce proceedings against her husband on the grounds of his unreasonable behaviour. Mr Hugh Owens is 78. The divorce was refused on the basis that she had not shown that Mr Owens’ behaviour was unreasonable. She was therefore not able to meet the legal test which would have enabled her to secure a divorce decree.  Here we look at the difference between divorce law in Scotland and England, and the case for no fault divorce.

What are the grounds for divorce in England

There has been some reporting which has been quite misleading in relation to this case. Some of the reporting has implied that a person cannot get divorced in England unless they can show that their spouse has been ‘at fault’. This is not the case. There are four grounds of divorce in England as follows:

The concern in England is around the fact that if a party cannot establish unreasonable behaviour or adultery and if their spouse does not wish to be divorced, they have to wait for five years before they can divorce their spouse.

What are the grounds for divorce in Scotland

Divorce law in Scotland is different. In Scotland, the grounds are as follows:

It can be seen that in Scotland if there is no fault and if the other party does not wish to be divorced a spouse has to wait for only two years, rather than five, in order to secure a divorce decree on the grounds of separation.

Most divorces in Scotland proceed on the basis of one or two years’ separation. This avoids the need for mudslinging, which is clearly an advantage. Additionally, it is often cheaper and sometimes much cheaper to divorce on the grounds of separation rather than on a “fault” ground. Indeed, if the parties have sorted out any financial issues and have no children under the age of sixteen years, they can divorce each other on the separation grounds using the simplified procedure. This does not require them to consult a solicitor. They can download forms from the Scotcourts Website and can proceed with the action themselves, sometimes with the guidance of the local Sheriff Clerk.

Should English law be changed to reflect the Scottish divorce system?

Solicitors in England seem to be of the view that their system would be improved if the grounds were brought into line with those of Scotland. In the Owens case, Mrs Owens will have to wait until she has been separated for five years before she can divorce her husband. There may be practical considerations to take into account. Only on divorce can a spouse insist on a division of assets. If one spouse holds all the assets in their name, the other spouse can only claim their share when raising divorce proceedings. If a spouse has to wait for five years to do that, clearly that could result in unfairness.

There may be other pressing reasons why somebody wants to get divorced. They may wish to remarry. They may have had a child by somebody else and wish to marry that person. There are also issues around succession. If one party dies whilst the spouses are still married, the surviving spouse may have rights to the deceased’s estate even if they are not living together. A spouse can attempt to disinherit a spouse but in Scotland it is not always possible to do that by making a will since a surviving spouse has what are known as “Legal Rights” in relation to a dead spouse’s estate.

The rationale for making couples wait before they divorce is that couples should have time to reflect and it may be that during that period of separation, they may think better of the situation and they may decide to reconcile. Whilst this is a legitimate view point, our experience is that once parties have separated and especially once they have sought legal advice, it is unusual for them to reconcile. Clearly this does happen sometimes but these cases are in the minority. It is our view that the timescales enshrined in Scots Law are practical and reasonable. The periods are not so long as to be oppressive; yet they provide enough time for parties to resolve their property and financial issues and separate their finances. They also give breathing space for arrangements for children to be properly considered and agreed. Our view is that if the law in England were to be brought into line with that of Scotland in this matter, that would bring about a more equitable situation in England and it would assist spouses such as Mrs Owens to bring her marriage to an end and move on with her life.

If you have any questions about getting divorced in Scotland, please contact one of our family law solicitors today on 0131 202 7516 or request a callback.