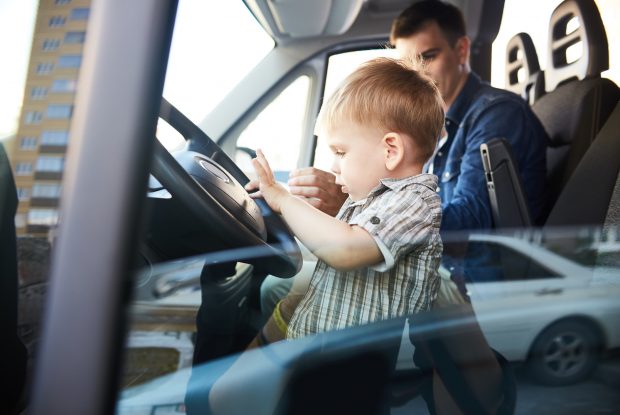 The courts are seeing an increasing number of cases where one parent wishes to relocate with their child and the ‘left behind’ parent is not willing to consent to the move. It is not uncommon nowadays for people to wish to relocate due to exciting new job opportunities, to return to their family roots or simply to find a place in the sun!

However, it is important for any parent seeking to relocate to be aware of the challenges they will face if the other parent does not consent to the move. Relocation cases are often highly contentious, emotive and extremely challenging for both parents.

Can one parent choose to relocate with their child to another country?

Generally, it is unlawful for a parent, without a court order permitting them to do so, to remove a child living in Scotland from the United Kingdom without the other parent’s knowledge and consent. The law does not specify that a parent cannot remove a child to another part of the United Kingdom, however most courts would not condone such an action since a move will almost inevitably impact on the ‘left behind’ parent’s contact with the child. Therefore, courts do expect parents to fully consult the other parent regarding any move (for example to another city in the same country), which failing seek an order from the court granting permission for the move.

The order a parent requires to apply for to seek the court’s permission to relocate is called a “specific issue order.” Whether or not to grant a specific issue order allowing a parent to relocate is entirely at the discretion of the Sheriff or Judge hearing the case. The Sheriff or Judge’s paramount consideration is the welfare and best interests of the child. They are not required to consider any particular factors as having more weight than others, however there are certain factors that a Sheriff or Judge will look carefully at when making their decision.

What factors with the court take account of in a relocation case?

In the case of M v M 2008 FLR 90 Sheriff Morrison at Edinburgh Sheriff court set out 11 factors which would be included in considering an order permitting relocation. These factors are helpful to consider in any relocation case, they are:

(1) The reasonableness of the proposed move abroad.

(2) The motive of the parent wishing to take the child abroad.

(3) The importance of the contact with the other or absent parent in the child’s life.

(5) The extent to which contact (if appropriate) is able to be maintained.

(6) The extent to which the child may gain from a relationship with family members as a result of the proposed move.

(7) The child’s views, where he or she is of an age to express them.

(8) The effect of the move on the child.

(9) The effect of refusal of the specific issue order on the applicant particularly where that parent already has a residence order.

(10) The effect of refusal on the welfare of the child.

(11) Whether it is better for the child to make the order than that no order should be made.

What about the parent remaining behind?

In Scotland, the importance to a child of continuing to have a secure, close and loving relationship with both parents post separation is widely recognised. Therefore, if a child has a close bond and regular contact with both parents then the parent who wishes to relocate should have clear and realistic plans as to how they are going to help maintain that bond post relocation. This may involve the parent who wishes to relocate confirming to the court that they will take the child to visit the ‘left behind’ parent on a regular basis, or fully co-operate with regular visits by the ‘left behind’ parent to the child’s new home if the relocation is allowed.

In relocation cases preparation is key, detailed information must be put before the court to demonstrate why the proposed move is in the child’s best interests. Information concerning schooling, accommodation, activities for the child, job offers, standard of living, travel time and costs to visit the ‘left behind’ parent are just some of the information a court may require to assist in determining whether the proposed move should be permitted.

Therefore, to answer the initial question posed, where a child has a strong bond with both parents it will not be an easy or straightforward task to persuade a Sheriff or Judge that relocation is in the child’s best interests. However, the more prepared and the more carefully thought through a proposed move is the better your prospects of success will be.

Contact our family law solicitors to discuss your particular circumstances.