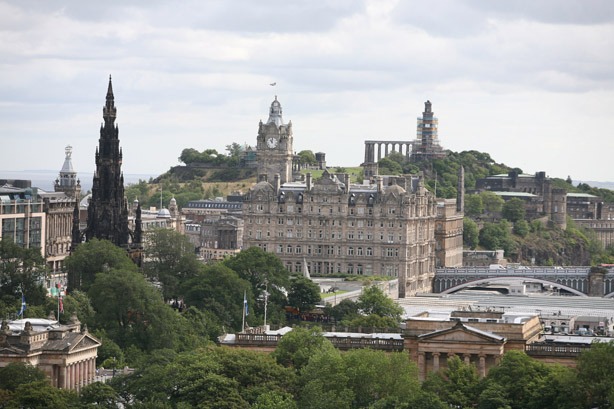 Why this is a great time for selling property in Edinburgh

Two new reports on the housing market have confirmed what we perhaps have always known – that Edinburgh remains a property powerhouse.

The latest House Price Index report from Registers of Scotland (for November 2016) shows that Edinburgh recorded the highest number of sales; 1126 versus 1104 for Glasgow in next place. The report also puts the average price of a property in Scotland at £143,033 – an increase of 3.3% year-on-year.

Compare this with the ESPC House Price Report for December 2106, covering the period October-December, which showed the average property price in Edinburgh at £232,781. That marks an increase of 3.8% compared to the same period in 2015. Across east central Scotland, the average price is £220,020, an increase of 4.9% year-on-year.

So, Edinburgh is beating the Scottish national average selling price by far and selling more homes than anywhere else in the country.

If we drill down into the ESPC data further, there are some hotspots emerging in the capital that make the findings even more pleasant reading for potential sellers.

Owners of three bedroom houses in Currie, Balerno and Juniper Green perhaps have most to smile about as properties in these areas saw a thumping 25% rise in value, year-on-year.

The south west of Edinburgh demonstrated its ongoing popularity throughout 2016, as it had the highest selling price increases from May onwards, with an average of 15.2% across the whole of the 2016.

The types of properties that have been selling the most over October-December are two bedroom flats in Leith and Corstorphine. The Leith area has a large supply of flats available, and so continues to be a popular place to buy a property, particularly with the new redevelopments in the area and the lively atmosphere, which is attractive for buy-to-let and first time buyers.

Portobello and Joppa showed the highest selling price increase for two bedroom flats, with a 10% rise in average selling prices. Again, this area has been hugely popular throughout 2016 as an area that has an almost village feel, and with access to the coastal views.

The reasons for these buoyant conditions are pretty easy to analyse. The supply of properties coming onto the market is not matching demand – and when that happens you see the consequence of basic economic supply v demand – and that means higher prices and faster sales.

The median time to sell in east central Scotland is now 25 days – 29% faster than Oct-Dec in 2015. More than 70% of sales in Edinburgh in that time achieved or exceeded their Home Report valuation. In addition, 82.6% of properties listed between October and December 2016 were marketed as Offers Over, compared with 70.3% in 2015.

What does this all mean or spell out for anyone who is thinking of selling in 2017?

It seems clear that a very healthy seller’s market is still in place – homes are continuing to sell faster and with more competition to drive up the selling prices.

That all suggests that now is a great time to sell your property in Edinburgh. However, we understand that this can still be a very difficult decision to make; or that you may still have doubts or questions about the sale process, which we can help you with.

If you are looking to purchase property in Edinburgh in 2017, you might be feeling put off by these buoyant figures. However, while you may have to compete with other buyers to get the property you want, all the indications are that the Edinburgh property market remains a safe investment.

So Get in touch with Gibson Kerr to discuss selling a property and help put your mind at rest – contact us on 0131 226 9167 or visit the property section of our website today.