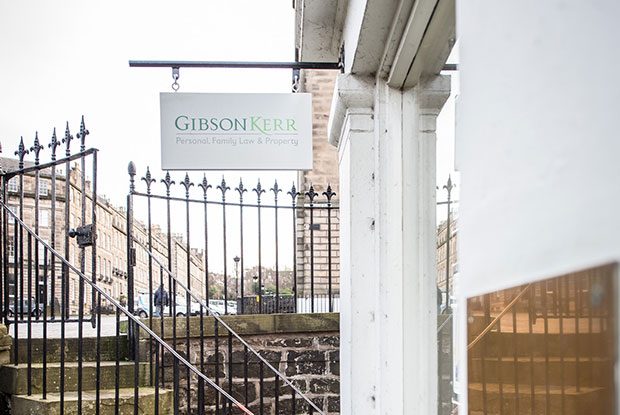 Gibson Kerr has a proud reputation as a law firm providing high quality, yet personal legal services, dating back more than a 100 years.

The practice was first established as ‘Officer & Co’ but was acquired by a well known Edinburgh solicitor called John Gibson Kerr before the war. He changed the name after World War Two to Gibson Kerr as John Gibson Kerr felt it granted the firm a prestige that the previous name did not.

Based originally in Castle Street in Edinburgh before moving to its current location at 46 India Street in the heart of the New Town, Gibson Kerr continued to be managed by John Gibson Kerr until his death in the early 1980s, after which the firm was run by his partner.

The firm was taken over in 2005 by husband and wife team, Scott and Fiona Rasmusen, who had previously managed a Livingston-based legal firm Unwin Rasmusen. Scott and Fiona decided to retain the Gibson Kerr name, allowing the firm’s legacy to remain.

Initially, the new Gibson Kerr business focused on residential conveyancing, wills and executries, but under Scott and Fiona’s leadership it has developed to focus on three main areas of client services: family law, personal law and property law. Since 2005 the firm’s turnover has risen five-fold and there are now seven solicitors and one trainee solicitor practising across a wide range of personal legal areas and providing an estate agency service.

The firm’s offering was further strengthened by the appointment of Lindsay Maclean in 2007 as a trainee solicitor. Lindsay remained with the firm after qualifying as a solicitor and she became a partner in the firm alongside Scott and Fiona in 2015 and is now Head of Personal Law.

In September 2016, Gibson Kerr announced a merger with another longstanding Edinburgh firm, Marwicks, based in Dundas Street in Edinburgh. The merger – which saw Marwicks’ principal Mike Marwick join the firm as a consultant – provided Gibson Kerr with an office in Edinburgh City Centre for its expanding estate agency service. The firm has also recently opened an office in Glasgow City Centre, at 69 Buchanan Street, to serve clients in Glasgow and the surrounding areas.

In December 2016, Gibson Kerr merged with Grange Solicitors & Estate Agents. Grange’s principal, Gregor Mair, continued in the merged firm as a consultant solicitor and joined the property team at Gibson Kerr’s Dundas Street office. The merger strengthened the property team and Gregor’s expertise allowed Gibson Kerr to expand their commercial property law services such as leases and conveyancing of shops, restaurants and offices.

Gibson Kerr Family Law Solicitors in Edinburgh helped me with establishing my parental rights and responsibilities. Fiona helped me become more involved in my son’s life. It means very much to me being involved in my son’s education and upbringing. I will continue to do right by my son, to pursue legal rights and responsibilities and to raise him as best I can. The world needs more people like Fiona and the guys at Shared Parenting Scotland.